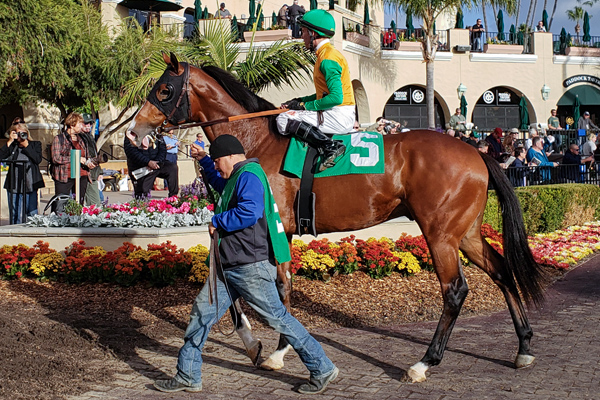 An impressive maiden winner in his 2nd start in the fall of his 2 yr old year for client Sareen Family Trust, he then needed some time off and didn’t return to the races again until the fall of 2018. This son of leading sire Into Mischief was then tried on the turf with some success, he then needed time off again. Moved to the barn of trainer Peter Miller in May of 2019 he scored an impressive allowance win at Del Mar on 7/28/19 back on the dirt and followed that up with a 9 1/2 length score on in an allowance race on 10/5/19 at Keeneland and yet another win at Keeneland on 10/24/19. Just shy of becoming a stakes winner, his owner was profiled in the CTBA Magazine in April of 2020. Read the story.